same band name but a bit diff. my new band is now called the black sea. there ya go.
Posted by bleedingdiamonds at 10:30 PM 11 comments: 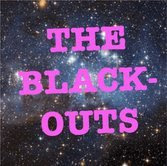 My guitarist Bradley York and I, aka The Blackouts will be DJing this thursday, june 18th at Bowery Electric on 2nd and Bowery in NYC. 10pm to 3am and its free! We'll be serving up soul, rock and psychedelic freakouts all night so bring some friends and some dance moves! power moves!
Posted by bleedingdiamonds at 7:22 PM 2 comments:

I'm playing a cool little variety show this wednesday. Its at Largo at the Coronet Theatre on La Cienega.
Sharing the bill will be the hilarious antics of Two Headed Dog and the glorious music of Honey Honey!
I"ll be playing new songs acoustic and my friend Bo Coster from My Morning Jacket will be helpin me out on the piano.
Show starts at 8 and i'm on at 9. Hope to see ya'll there!
Posted by bleedingdiamonds at 2:18 PM 5 comments:

Dudes! So my aunt bee emailed me today to tell me that I'm mentioned in a novel! Its by Best Selling author, Elizabeth Berg and its called "home safe."

Helen Ames is a writer who has recently lost the ability to write. And her husband. And her nestegg. Now she's worried about losing her daughter. The book looks at the nature of creativity, the mother/daughter relationship, and the surprising places one can find love and meaning.

Thats the most randomly cool thing ever. Anyways, me and my album are mentioned on page 7. Ya'll should go pick it up. I'm on my way to do so now! YAY!
Posted by bleedingdiamonds at 12:19 PM 3 comments:

Sorry i havent posted much lately. Just been busy getting all my new songs together with my new band chris, tony, brad and raphael. we just recently played our first gig together at the stone pony and tested out some of the new ones and i gotta say, it was the most fun i've had onstage in years. thanks so much to everyone who came out and danced!
On another tip, one of my favorite magazines, PASTE, has been hit with some hard times because of the recent economical free fall. They have always been the best at covering music, film and books that really matter. This is one of the only magazines i actually save and file. anyways, they had a bunch of artists donate live and rare tracks that you guys can have access to downloading if you donate to PASTE to keep the mag alive. Theres great stuff up there from my buds The Avetts, along with Of Montreal, Neko Case, the Jayhawks, the Hives, She & Him, and shitloads of others. I donated a live version of "the way it is" from the Stone Pony show we just did. So help a brother out and go give PASTE some money, get some awesome tunes and lets be able to keep reading this thing aight?!
Got a couple new shows coming up too. On June 10th I'll be in LA at one of my favorite haunts (and i say that bc its fucking haunted!) Largo at the Coronet Theatre. I'm playing solo and i think my buddy Bo from MMJ might come up and play piano on a few songs with me. YAY! Sharing the bill is the dangerous and perverse comedy of Two Headed Dog (my buddy Jim Turner and cohorts) and Honey Honey, who sound just like their name...sweet and delicious. I'll be playing a bunch of new songs all alone so come by for moral support. scary! hahah!
Then the new Sea and I play with the Avett Brothers at Irving Plaza on June 12th. As of now there are still some tickets left for this show so if you wanna go I would step on it bc it will sell out i'm sure. Those Avetts are ticket selling demons! I seriously can't wait for that show. I'm really enjoying playing the new songs...faster faster faster!!!
See you guys at the show and in the meantime, stay out the rain, listen to some mastadon and party on wayne!

Posted by bleedingdiamonds at 5:38 PM 9 comments:

bleedingdiamonds
Asbury Park, NJ, United States
i am the passenger...

jumping into the void with Nicole Atkins & the Black Sea