Posted by bleedingdiamonds at 9:20 AM 5 comments: 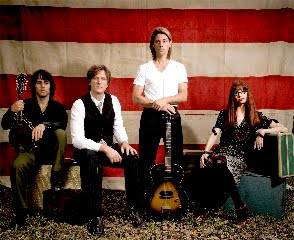 I'm getting ready to head down to Austin on Saturday for SXSW and I'm excited and honored to announce that one of my favorite Austin bands, Future Clouds and Radar will be my backing band for the festival! Their music is a mixture of great storytelling, mystery, psychedelia and heart. Having them backing me up is pretty fitting too as over the last year their leader, Robert Harrison and I have formed a great working relationship as cowriters for some songs on my upcoming album and for a few songs on our side project Sir Parker. I'm really excited to be going down there to play mostly new songs from my upcoming album (still figuring out what i'm going to call it...perhaps i'll just name the album "the black sea," thoughts?)and am also excited to be able to introduce ya'll to future clouds and radar! check out some of their songs here: http://www.myspace.com/futurecloudsandradartx

While we're in Austin you can come see me play here:

bleedingdiamonds
Asbury Park, NJ, United States
i am the passenger...

jumping into the void with Nicole Atkins & the Black Sea